Exceeding expectations… With our diverse team and varying skillsets we are able to control the entire development process, ensuring that projects are finished on time and within budget. Our full-service approach creates a single point of responsibility and delivers cost efficiencies that can be converted into additional amenities for the community. 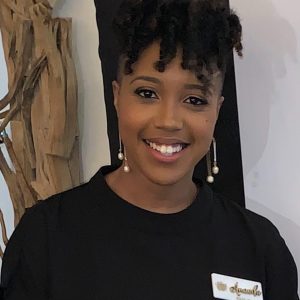 Amanda Henderson is a Chicago native passionate about sustainable living and economic empowerment within under-resourced neighborhoods. Amanda has served as interim CEO of H & H seince early 2019. She is affiliated with two investment companies; the founder and President of A & H International, Inc. and was the former acquisition manager for H & H Fast Properties, Inc. Current projects include hosting home buyer seminars, inventory expansions, as well as a carpentry training program with Lawndale Christian Development Corporation in collaboration with the former United States Secretary of Education Arne Duncan.

In addition to Amanda’s property investing she is a Ph.D. candidate at the University of Illinois at Chicago (UIC) in the department of Biological Sciences. Amanda is a two-time national fellow, holding fellowships with the National Science Foundation (NSF) and the University of Illinois. Amanda also serves as the primary instructor for UIC’s undergraduate Genetics Lab. 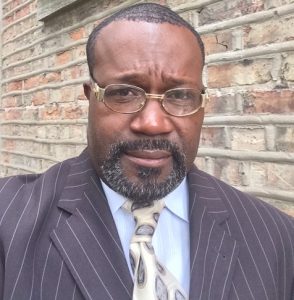 Mr. Henderson through H & H Land Development Corporation had established a tract record within the Greater Chicagoland and Southern Suburbs of Cook County, Illinois, in the renovation of distressed and vacant properties and restoring them back onto the city tax roll.

Mr. Henderson is a 1980 graduate of Allen B. Sheppard High School in Palos Heights, Illinois and afterwards he attended and graduated from the Chicago School of Automatic Transmissions in 1981 before voluntarily enlisting into the United States Armed Forces where he served his country from 1981 through 1984, Honorable Discharged. During his enlistment Mr. Henderson studied and acquired several military occupational skills to include that of MOS 63B Mechanics and 64C Truck Driver at Fort Leonardwood, Missouri, 95B Military Police Officer and Artillery Defense Training in Tacoma, Washington, and Graduate Advance Officers Training at Fort Lewis, Washington.

Upon completing his tour of duty in the U.S. Armed Forces, Mr. Henderson returned home to attend and continue his education at both Moraine Valley Community College and Chicago State University where he embark on his interest in the real estate market.

Mr. Henderson possess more than twenty-five years of experience in the real estate industry including the buying and selling of residential and commercial venture transactions. He manages, monitor, and train individuals. He also conducts public speaking and lectures. Mr. Henderson utilized his innate ability to include the reading of blueprints and building structures. He maintains working relationships with architects, developers, contractors, engineers, surveyors, and local public administrators and operates within the states of Illinois, Indiana, Wisconsin, Atlanta, and Mississippi.

Mr. Henderson’s current ventures are located throughout and within the inner-city of Chicago from north, south, east and west, including the southern suburbs of Cook County where projects range from 800 to 500,000 square feet;. Mr. Henderson is committed to assisting individuals and developers seeking to stabilize communities through renovations of vacant and foreclosed properties. 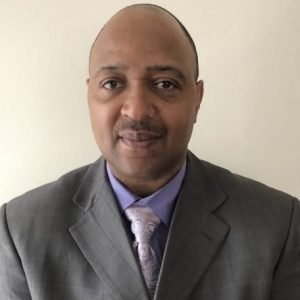 Carl has worked in the food manufacturing industry for over 25 years. Throughout his career, he’s ‘Climbed the Ladder of Success’ and has held multifaceted management roles in small to large organizations. These multifaceted roles have allowed him to gain exposure to cross-functional disciplines to include marketing, sales, production, distribution and customer service. Carl’s proven communication, interpersonal and negotiation skills have been very instrumental in his professional growth.

In his role as New Business Development Manager, Carl identifies, negotiates and develops business opportunities. In addition to his experience in the food manufacturing industry, Carl has worked in real estate investment and actively collaborates with community and religious leaders to promote community development. 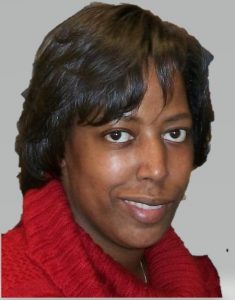 Over 40 years in the construction industry. Chief of operations and senior project manager. Skilled in seven different Building Trades. I have performed over 100 construction projects in my career over a wide range of projects. Ranging from commercial construction to residential construction. From high-rise Towers to low and mid-rise townhouses. Shopping malls and retail stores as well. My largest project to date was renovation of a 300 unit multi-story apartment building. Currently My primary focus is residential new home development as well as acquire, renovate and resale.

Mr. Habib’s focus is general litigation and criminal defense. He has been practicing law in the Chicago area for over 35 years, giving him an understanding and awareness of the court system that is surpassed by few. Mr. Habib fights vigorously for his clients in both the Federal and State courts in Illinois, and will take their case to a jury verdict, or on to the appellate courts, if need be. 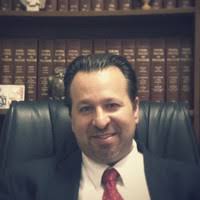 Mr. Nabhani practice includes real estate transactions and litigation; commercial law and litigation; bankruptcy; civil litigation; and estate planning and administration. He has worked with numerous clients defending and prosecuting actions on their behalf in both State and Federal courts, and has great experience in advising clients in the areas of bankruptcy, business transactions, and real estate.

Mr. Nabhani prides himself on assisting clients avoid litigation through preplanning, negotiations and settlement, but also has the experience to advance your interests in the courts. He has been involved in various areas of civil litigation, with a strong focus in real estate matters, including contractor disputes, mechanic’s liens, evictions, foreclosure defense, and partition suits. He is also experienced in real estate transactions including acquisitions and development, leasing, dispositions, and condominium legal issues.

Augustus Redmond currently has serves as President of Global Enterprises, Inc., Director of Corporate Sponsorship and Co-Founder of the Infinite Scholars Chapter in Chicago, IL. As President of Global Enterprise Mr. Redmond provides full-service commercial lending for multi-units, mixed-use properties, churches, hotels, and new development. As the Director of Corporate Sponsorship for Infinite Scholars Mr. Redmond has aided in providing over one billion dollars in scholarships.

Mr. Redmond has over 35 years of experience in real estate including full service commercial lending, retailing, environmental services, and the wholesale industry. He has worked with Indiana’s Gary Housing Department for the Miller Beach Housing Redevelopment Program. Additionally, he has experience with Residential Mortgage Loans, Athena Engineering Corporations, and the Agriculture Department in the U.S, Canada, and Jamaica. Mr. Redmond also serves as a partner with the A Second Chance in Life program, aiding minor offense prison inmates in and outside of prison. 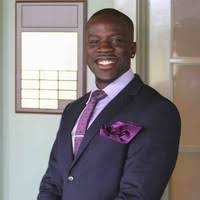 Maxwell Frempong is a credit advisor to tenured bank manager has appeared on Multiple podcast frequently contributes to several of the more renowned financial websites available on the internet such WordPress and social media platforms. Maxwell Frempong is also currently a Board Certified Credit Consultant (BCCC) for MCS LLC. In addition Maxwell is an Financial coach for the Veteran Administration of Chicago which is the division for the State of IL that helps local veterans with their finances with a holistic approach!

Maxwell brings “real world” applications to consumers who are searching for practical answers to their credit questions. As part of his quest to give mortgage professionals, realtors and consumers a better understanding of the complicated credit system. 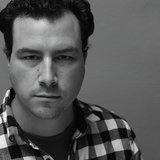 Currently he is an Adjunct Associate Professor at the University of Wisconsin Milwaukee School of Architecture and Urban Planning. Formerly he has worked in the offices of Jimenez Lai/Bureau Spectacular and Julian De Shmedt in Copenhagen, Denmark. His design and writing have been published and featured in international galleries and publications, to include the Storefront for Art and Architecture, the Graham Foundation, the Museum of Contemporary Art Chicago, the Art Institute of Chicago, the Peoples Art House of Zagreb, Croatia, and the 2014 Venice Biennale of Architecture.

Matthew was in the Army Reserve for 8 years and is a Veteran of Operation Enduring Freedom (’09) in Afghanistan. Anthony has worked on projects ranging from small commercial interiors to multi-million-dollar corporate campuses for Fortune 500 companies.

John R. Powell Jr. currently lives in Lynwood IL with his with wife of 37 years. He is the proud father of five children and six grandchildren. Mr. Powell has been in the mortgage banking and real estate business over 20 years. Mr. Powell originates, structures and processes hard money residential and commercial loans. Creativity and structuring along with commitment and dedication are his strengths. He currently is a loan consultant with JNC Development LLC, a real estate investment and development group in Hyde Park Chicago. Mr. Powell is a loan originator and consultant with Queen Capital Funding of Bolingbrook IL. Mr. Powell is a real estate investor as well and has experience in development, property rehabilitation and new construction.

William Raper is a native Chicagoan and active community leader on Chicago’s West Side. Disappointed with the leadership in his community, William founded the Man Up Woman Up (MUWU) Organization. MUWU aim is to empower the communities they serve as a unified group to stand up and help people of all ages give back to their community in loving and helpful ways. William is a father, grandfather, and husband. William is the head of security and oversees all maintenance and landscaping for H & H.

John Gloss was born in, and graduated elementary, high school and college in Chicago, Illinois. John graduated high school in 1970 and received his Bachelor’s Degree from DePaul University – School of Business in 1974. After receiving his degree, John started his entrepreneurial career in 1976 when he opened a restaurant in the Ford City Shopping Center. Shortly thereafter, John expanded to owning several bars, restaurants and clothing stores in the south-side of Chicago and neighboring suburbs.

With the popularization of kiosks in major malls, in 1988 John formed a business that, at its peak, had 48 kiosk locations throughout the country. After selling that business, John embarked on a career in real estate in 1992 with a friend who had been in the real estate business for many years. The team started buying residential real estate, repairing the properties and then renting to tenants. In 1998 John’s mentor in the real estate business died and John, now by himself, started The Gloss Group, Inc., a real estate and real estate related company. Shortly after forming this company, John became a licensed Real Estate Broker in the State of Illinois.

Since its inception, The Gloss Group, Inc. has owned and managed several types of real estate, including vacant lots, condominiums, single-family homes, multi-family homes, apartment complexes, mixed-use property, commercial, industrial, warehouses and even boat docks in several states. Since 2012, John has mainly concentrated on buying, fixing and selling residential property and most recently, he has joined forces with a Chicago real estate group that primarily focuses on new residential and commercial construction. 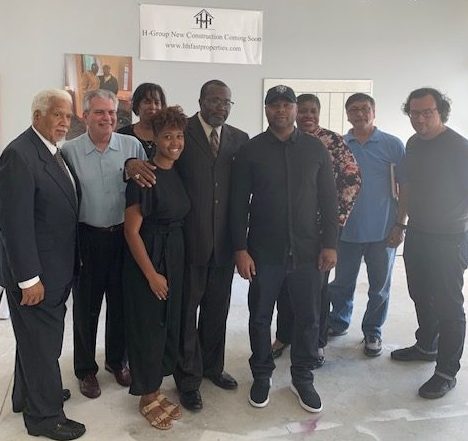